Erzulie’s skirt is a novel about the pains and losses of two women, Miriam and Micaela, who need to survive the odds of a reality that echoes the Middle Passage and the struggles of the African Diaspora in the Americas. However, the novel is mainly about love and how these women were able to love each other so deeply that they could pass on to young Yealidad not only the stories about suffering and loss but also how to maintain an intact soul through religion and spirituality. 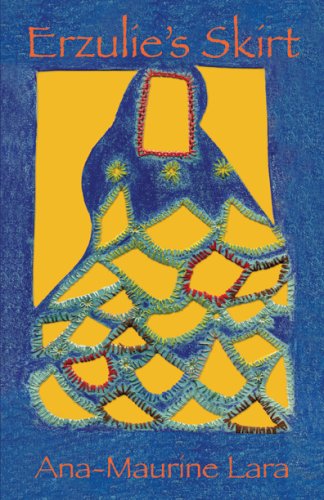 They initiated Yealidad in the religion and helped her to understand and accept Xango, a Yoruba deity, worshiped by the African Diaspora in the Americas, mainly through major religions, Candomblé in Brazil,  Santería in the Hispanic countries or Vodou. Micaela and Miriam have taught her how to love and have faith. This teaching becomes vital to the girl.

In the last paragraph, when the two women die, Yealidad is already a woman who has learned the most important of all lessons: how to face reality without corrupting her soul and spirit. The keys she found on the floor might be very symbolic. It is not only the keys to the colmado, but it means the opening of a door to a world of possibilities.

In Pedagogies of the Sacred, M. Jacqui Alexander discusses the maintenance of African religious systems in the Diaspora as a means of survival, thus she emphasizes the importance of religions across America, such as Candomble, Santeria, and Vodou.

In a globalized world, it is worth noticing that the African Diaspora in the Americas has found strategies to maintain these rituals, for instance, South American and Caribbean migrants in the United States find ways to preserve their traditions. And if the global market economy contributes to weakening cultural forms, people find ways to keep them alive.