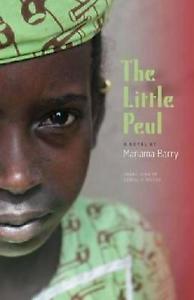 Mariama Barry’s autobiographical narrative is a diary with very short chapters that always reveals moments of interruption. At the end of each chapter, the reader remains with a feeling that there was much more to be told. The narrator recounts the events in the life of a Peul girl. Peul is an ethnic group that is spread across the African continent. They were nomad people; it is possible to find them in many parts of West Africa and Sudan. This girl’s parents are from a group in Guinea that moved to Senegal where the girl was born.

At the beginning of the novel, her parents seem to get along. They are good parents, and the girl has a regular family. After a while, they move to the city, and her father fails to provide for the family. He has a grocery store but cannot really make money to support his children. They ended up living in a house without a toilet or sink. The father delays the payment of the rent and after a while, her mother decides to get a divorce, but she explains that it is an illegal divorce because women from the community are not supposed to leave the husband without a strong reason. However, when the girl’s mother decides to abandon the husband, she stays with the father, doing the household job.

The excision or genital mutilation which the girl has to go through with only six years old causes a wound in the soul, a trauma that accompanies her whole life. During the excision, her mother explains that suffering is part of the process of becoming a woman. It is always necessary to shape women’s bodies according to societal rules. The little Peul carefully describes one of the most difficult moments in her life.

I couldn’t breathe with all her weight on me. I could see the contact of a cutting tool between my legs. At that instant, I did not feel the pain, I didn’t see the butcher’s weapon or her face. She immediately carried me into another room, where a mat and her own daughter’s cry of pain, awaited me. She stopped us short (TLP, 8)

At that moment, the girl makes a commitment to help other girls by fighting to end the practice. She does not accept to perform gender roles or follow the rules. The girl questions her role in society, her mother’s decision and the masculinity of her father.

The narrator demonstrates a sympathy towards male characters who also deal with gender conventions and need to perform masculine roles. By discussing infertility, she reverses the gaze, centering on Bora’s husband who suffers humiliation because his wife does not give him children. In this case, he is forced to marry a second wife as his first wife is considered infertile. Nevertheless, the elder women in the village have a plan to solve the situation. She advises Bora to meet the marabout. When Bora meets Kamakoro, the village’s marabout, she has a big surprise.

This will seem bizarre to you, but it is the remedy. This is the only way to make you fertile. And especially that I am taking advantage of you. Your husband should take the same preparatory measures each time he is going to have sex with you. (TLP 178)

After this episode, Bora becomes pregnant and is praised as a mother. Her husband’s problems were also solved as he would not be forced to get a second wife and prove to the community his masculinity. When Bora tells her mom about the episode at the marabout’s hut, the old woman tells her that it is a normal procedure and the marabout usually has sexual relationships with many women.

The most important here is not the means but the result. After a while, she becomes pregnant. The possibility of having a marabout’s child to satisfy societal rules shows women capacity to undermine conventions. With irony, the narrator reveals how women find ways of survival in a society where they are obliged to perform gender roles.

Another significant theme in this novel regards sexual desire between women. The girl sees some naked women bathing in the river. She feels attracted to women and wants to touch their bodies. As the novel is filled with ambiguities, it is difficult to discern whether the girl is describing her desire to have a bond with women to fill the space left by her mother who abandoned her, or she is describing her sexual desire.

Barry’s novel departs from other Francophone women writers’ narratives. Though the novel is a semi-autobiography or as she says “a fictional biography,” Barry comes to terms with the Peul’s life in a way that is not perceived in other Senegalese women writers. She includes several voices in her narratives and different standpoints. The little Peul does not have a name which means a communal voice. While she voices her story, she unveils the constraints many women have to go through in her society.

The narrative does not rely on the critique of colonialism or the failure of postcolonial states but is about the community and the lives of those surrounding the little Peul.