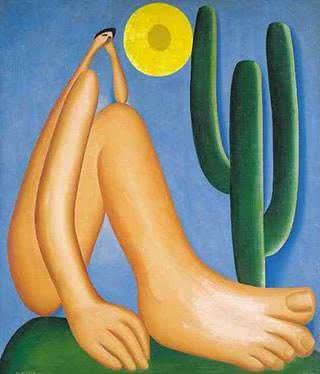 Postmodernism meant to challenge old paradigms by shaking some of our profound beliefs or turning them upside down. It questions modernity, mainly its logocentrism, suggesting a re-focus on neglected or marginalized voices by deconstructing a unified, universal, homogenous subject. However, postmodernist deconstruction of the subject is ambivalent as it deconstructs not only the imperial European subject but all putative claims of subjecthood that would authorize collective action on politics. That cannot be taken for granted because subjectivity is crucial to the process of asserting identities.

Postmodernists claimed the death of history. For them, history was committed to Eurocentric ideals that had told linear tales based on the positivist idea of progress. They did not consider that it is possible to formulate historiographies that are not Eurocentric and write history with multiple pathways that focus on varieties of human experiences and tell stories without presenting linear tales of progress.

Postcolonialism is very similar to postmodernism, as it hosts the voices of minorities from former European colonies. As postmodernism, it also aims to deconstruct ideological discourses, mainly paradigms regarding cultural differences, social authority and political discrimination in order “to reveal the antagonistic and ambivalent moments within the “rationalizations” of modernity”(Bhabha,1994:171). Nonetheless, as Homi Bhabha states, postcolonial theory deals with the complexities in between the processes of colonization and decolonization, their ambivalences, focusing on the deconstruction of colonizer/colonized, metropolis/margins dichotomies that were overemphasized by nationalist discourses, facing them as sources of old paradigms and simple reproduction of the modern mentality.

In this sense, postcolonial theory rejects the colonized populations’ goal of restoring its own history, arguing that it is always done on the grounds of a simple inversion that perpetuates the binary opposition colonizer/colonized, thus suggesting that nationalist discourses are mere reproduction European epistemology. For instance, regarding Fanon’s writing, there is a tendency to choose a “Fanon who dramatizes the instability of psychic identification under colonialism’s brutalizing rule of racist stereotype and primitivist fantasy over the Fanon whose prophetic accounts of anti-colonial nationalist struggle influenced a world of revolutions. (Cooppan,2000:6)

The mutual imbrication of “central” and “peripheral” cultures, heterogeneity or hybrid cultures are emphasized by focusing on resistance and heterogeneity “within” rather than on opposition “between.” It is worth noting that the concept of hybridity may lose its ideological meaning when addressing populations from former European colonies as it affects the process of forging a collective identity. There is no possibility to deny that former colonial societies have gone through some process of hybridity, but the celebration of hybrid cultures could sound as a strategy to minimize colonial violence as well as erase identity politics.

Therefore, hybridity has functioned as a way to gloss over some inheritance of colonialism, for example, institutional and discursive racism as it happens in Latin America which proclaims an integrationist ideology of mestizaje to cover social injustices and inequalities. Moreover, hybridity is not a term coined by postcolonialists. There is no novelty in a concept that has been used for so long in countries like Brazil and Mexico for so many decades. In this context, concepts of mestizaje, hybridity or heterogeneity have been used as a strategy of internal colonization, and they are very connected with socio and political power.

By claiming the deconstruction of western authoritative discourses and also the inclusion of minority voices, the first impression was that both postcolonialism and postmodernism would dismantle old paradigms and epistemologies, opening up a way to non-western voices and discourse, but, in the end, they became creatures of Northern scholars and some South intellectuals who cannot disguise their “western accent, if not grammar, that did not resonate well with intellectual and ideological languages of the South”(Zeleza,2004:2).

The posts theories came to the center of our discourses when there was a profound need of revealing injustices as well as a deep desire of social transformation, but they were appropriated by some intermediaries as mainstream scholars and institutions that had an interest in turning Southern discourses more digestible to Northern audiences based in Northern universities. As Paula Zeleza affirms, by acting as best friends with a very appealing approach, the posts were unmasked at the end. Have they both outlived their fifteen minutes of academic fame? (Zeleza,2004:30) Perhaps, but after them, we will always be suspicious when certain winds come from the South.